The route is a variation of setso  package previously described , the main difference is that it excludes the Kalahari and includes The Khama Rhino Sanctuary.

The route begins in Gaborone after which the group will travel along the A1 to Palapye then branch towards Serowe. A visit to the historical village of Serowe will
be optional as part of the trip. The group will then spend the night at The Khama Rhino Sanctuary a community based wildlife project, established to assist in saving the rhinoceros. The Sanctuary covers approximately 4300 hectares of Kalahari Sandveld and provides prime habitat for white and black rhino as well as over 30 other animal species and more than 230 species of birds.

On the second day the expedition will travel through Letlhakane/ Orapa and enter the Makgadikgadi Pans National Park. The tourists will cross the Boteti River and enter the park through the Khumaga entrance gate. They will then spend the night at the Khumaga Campground which is frequented by elephant and zebra.
Crocodiles and Hippos can also be seen along the Boteti River.

On the third day the expedition will then traverse the Makgadikgadi National Park and exit the park at the Makolwane Gate along the A3 highway. They will then
travel to Maun where they will restock with supplies and spend the night.

On the fourth day the expedition will head towards the Moremi Game Reserve located approximately 100Km from Maun. The Moremi Game Reserve falls entirely within what is known as the alluvial fan of the Okavango Delta and covers an area of 4900Km2 which is approximately 35% of the world famous wetland. The Game reserve has received a number of awards including ‘best game reserve in Africa’ by the prestigious African Travel and Tourism Association at South Africa’s premier tourism fair, Indaba. The protected area is a combination of mopane woodland and acacia forests, floodplains and lagoons which host large herds of plains game such as Buffalo, Zebra and Wildebeest. It is also home to many predators including Lion, Leopard, Cheetah and Hyenas. Elephant herds numbering in the thousands take refuge in the Mopane forests in the dry winter months. It is also one of the only places in the world where you can see the Big Five since Rhino have been reintroduced. The group will then spend the night at The Xakanaxa Campground after a drive through the network of game viewing routes in the area.

The fifth day the expedition will exit through the north gate of the Moremi Game Reserve and visit Khwai Village which is located on the northern boundary of the park along the Khwai River. They will then enter the Chobe National Park through its Southern Mababe Gate and settle at the Savuti Campground. The Chobe National Park is the third largest National Park in the country covering an area of 11, 700m2. It is most popular for its large elephant population of over 50,000 which is the largest concentration in Africa. The Chobe Region within which the park lies houses the largest elephant population in the world. Wildlife in the park includes waterbuck, lechwe, puku (this is the only part of Botswana where they can be seen), giraffe, kudu, roan and sable, impala, warthog, bushbuck, monkeys and baboons, along with the accompanying predators’ lion, leopard, hyena and jackal. Over 460 bird species have been recorded in the park, making it one of Africa’s premier venues for bird Safaris. Common species to be seen include the Sacred ibis, Egyptian Geese, the ubiquitous cormorants and darters, Spur-winged Geese, pel’s Fishing Owl, carmine Bee-eaters, most members of the kingfisher family, all the rollers, the unmistakable Fish Eagle, the Martial Eagle, and many members of the stork family.

On the seventh day the group will have the opportunity to visit Victoria Falls in Zimbabwe before taking an evening boat cruise along the chobe river and settling in Kasane again.

Day nine and ten will be travelling days to Francistown then Gaborone. 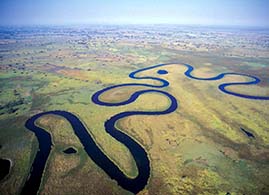 Rated 3.50 out of 5
See the beauty of the world’s famous wetlands…. 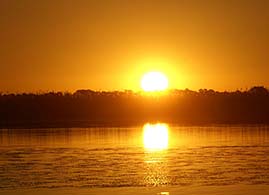 Rated 3.50 out of 5
Educational trips for students to engage with different cultural backgrounds across the country 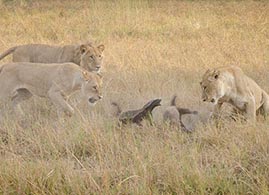 Rated 4.00 out of 5
Motivate your people to work together, to develop their strengths… 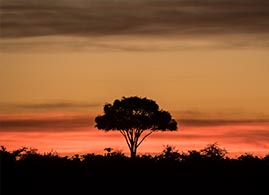 Rated 4.50 out of 5
We have different areas that can be possible for day trips and different activities…